Was your sex life compromised at Birth?

Was your sex life compromised at birth?

Birth like death is a subject that we would rather not think about in realistic terms. Death gets swept under the carpet, whilst birth is viewed through rose coloured glasses .. The grim reality is that birth is a traumatic event for most babies. Since the average fetal head is larger than than the average mother’s pelvic outlet, there may ;be considerable compression of the skull during birth leading to many problems later in life. As the subtly distorted cranium grows, pressure can be exerted on vital cranial nerves potentially causing illness later on.

As well as physical consequences, our traumatic births may give rise to psychological patterns which underlie behaviour dominating the rest of our lives. . With modern obstetric interventions, many babies also undergo extremely traumatic births. Instruments such as forceps, and vacuum extractors can be experienced as instruments of torture to the fragile neonate. These, combined with doses of anaesthetic to the mother, with no regard for it’s impact on the baby can be entirely disorientating for the baby both during it’s birth and later in adult life.

As distressing as this sounds, it has now been shown to be possible to heal this pre-natal trauma. When adults process their traumatic births through regression therapy, such as taught by Dr. William Emerson or Karlton Terry they begin to heal. Research by both Emerson and Terry demonstrates that babies delivered by forceps for instance, re-experience the pain of that event in regression. The marks of the forceps may even appear on the adult head during regressions. Anaesthetic also may be present in adult tissues after a life time and the affects of numbing can be triggered by many situations making it difficult for the traumatized individuals to relate and cope with life situations. These experiences held as cellular memories have profound psychological implications that can affect our adult lives especially in the realms of sexuality. Babies born with intervention may feel that they have been invaded and subjected to violence. Adults traumatized as neonates may feel extremely unsafe with physical contact and find it difficult to be touched or held. A result can be the avoidance of sex or only engaging in sex with minimum touch. Others, subjected to this trauma may be attracted to masochistic or sadistic sexuality in order to re-live the trauma in an unconscious attempt to resolve it. There seems even to be a link between such trauma and later re-traumatizing through sexual abuse. I personally feel that this is an important area of research and that our sexuality is influenced by what happens to us from the point of conception onwards. I’ve drawn these conclusions both from my clinical work, my training and my own personal investigations.

At Healing Waters, we offer the possibility to work and heal the many types of trauma which may have occurred under any of life’s circumstances. We also work with pre-natal trauma encompassing the stages from pre conception; conception; implantation; uterine gestation and the four recognized stages of birth. If you feel that you might have a problem that could have begun in your pre-natal life then this powerful workshop ‘Healing Birth Wounds’ is a way of getting in touch with and releasing the charge that is seeping through into your adult life.

Here is a testimonial from the last workshop and the next one is on the 27th & 28th September. 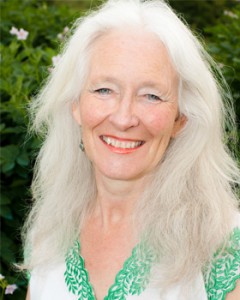 Healing Trauma can free your life