The secret gesture that opens the door to enlightenment 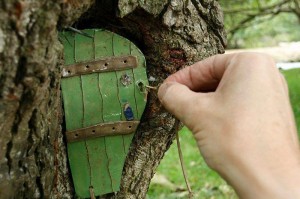 If I told you that one of the most empowering and possibly bravest acts you could ever perform was as simple as raising your arm above your head, you would probably wonder what on earth I was talking about. Unless, that is, you were already familiar with the short story below:

Once upon a time there was a very wise and holy man. He lived in a cave in a very remote region of India. Occasionally, an eager disciple would pluck up his or her courage to visit him and ask for guidance on their path to enlightenment. This particular guru could be very stern and forbidding. More often than not, his would-be disciples would return to their villages very downcast and very confused. Their common complaint was that when they asked him to teach them the secret of his great wisdom he would tell them to meditate for many long hours until the secret revealed itself. This was nothing out of the ordinary, except that each morning the teacher would come to his student’s cave with a very big stick. Each morning he would ask them whether they had found the secret yet. If they had the wrong answer, or no answer at all, he would wallop them over the head with his stick.

Needless to say, many students gave up their quest. But there was one who stayed with the teacher for many months. He meditated as well as he could and found many possible answers to the great riddle he had been set. But none of his answers were correct and after many months, he really was very bruised indeed.

If he was honest, he was also quite angry about the way the guru was treating him. And so it was that there came a morning when the guru asked his pupil yet again if he had discovered the secret of wisdom yet. The student did not have an answer and the teacher prepared to strike him again. He raised the stick high and just as he was bringing it down, his pupil raised his arm and blocked the blow. The guru smiled the biggest smile the pupil had ever seen and told him that he was now ready to take the wisdom he had acquired and to use it in his day to day life.