Hello, I was alerted to take immediate action on hearing about that Hinkley C is about to go ahead and is waiting on one decision. I heard that Glastonbury would probably have the trucks going through it at 500 per day carrying hardcore for it’s construction.

For a more detailed description of the affects of this:

1. Nuclear Power is a dangerous and uneconomical means of generating energy. We can never predict damage to the reactor as a result of unstable weather conditions or seismic activity. The proposed Hinkley C site is on the Bristol Channel which experiences both high tidal fluctuations, and the exceptionally high ‘Severn Bore’ How will Climate Change of which we are already seeing, affect the levels of these tides?

2. Hinkley C is being built within the vicinity of a geological fault line at which there was an earthquake only 9 years ago. With continuing instability it could happen again.

2. There is no safe way way of storing radiactive nuclear waste. There is never a place in the earth, where we know for certain, will be seismically stable for the next 10,000 years. It is unethical to pretend that we can guarantee safety for future generations.

3. Transportation of nuclear waste from Hinkley B is taken by train from Bridgewater, through Bristol (a major city) to it’s destination. How can this be considered a safe practice, transporting highly dangerous material through a major centre of population? The current loading point of the nuclear waste onto the train is near houses where people live with their children.

4. Mining of uranium ore to create nuclear power has also caused countless deaths and suffering, and will continue to do so. There are currently major problems in numerous countries where radioactive waste from mining contaminates ground water and form unsolvable problems of contamination. Humans contaminated with radiation are liable to genetic mutation or may give birth to deformed children. Many indigenous people whose lands have been mined for uranium have suffered in this way.

5. It is an incontrovertible fact that the incidence of leukaemia and other cancer is dramatically higher in the vicinity of nuclear power stations. Research done around Hinkley Nuclear Power Stations A and B, have also demonstrated a higher than national average of a number of cancer types. http://www.llrc.org/rat/subrat/rat413.htm

Environmental and Historical Damage – The Construction of Hinkley C will have a negative impact both on the environment and sites of historical and special interest in the area.

1.It will be constructed in a Nature Reserve and in the close proximity to a neolithic site of historical interest. Additionally there are a number of important hedgerows defined in the Hedgerows Regulations of 1997. Although EDF have not yet been given the ‘go ahead’ for construction, site clearance is already underway and trees are being cut down according to eye witness accounts.

5. Construction of Hinkley C will continue over a 10 year period, causing a huge amount of environmental impact. There is a proposal to build new roads, and the probability that the historical town of Glastonbury will have a maximum of 750 heavy vehicle movements per day. These may come through Glastonbury Chilkwell Steet, which is already a small and dangerous road, with historic buildings alongside. Glastonbury survives on it’s tourism, with a huge gathering of pilgrims from around the world who come annually for spiritual nourishment and healing. Building a major new power station next to Glastonbury and bringing huge trucks loaded with hardcore and machinery through it’s tiny streets is as unacceptable as it would be to do the same thing close to Lourdes or Jerusalem. As far as economy goes, it will completely destroy the unique interest that draws many thousands of people to this special place, the seat of Christianity in England. Tourism will be dealt a death blow.

6. Apart from all the other factors which make the building of Hinkley C a very bad idea, there are also potential design faults. EDF officials in France. have disclosed that there are problems with the design of a similar station in Flamanville, France, that could lead to radiation leaks.

“The nuclear industry suffers from the delusion that nuclear power is safe. They said that after Three Mile Island, they said it after Chernobyl and they said it after Fukushima. Do we really want Hinkley Point to be the next major disaster?”

I am creating this petition because I am a Mother with 4 children. I am also a health care professional with clients who suffer from cancer. I have a degree in geology and understand the risks associated with attempts to safely store nuclear waste. I live in Glastonbury and know that many people here would suffer severely as a result of the construction of Hinkley C. Finally I know that many people both in Glastonbury and the wider area would be killed or maimed for generations to come as a result of nuclear accident. Why take this risk when we have safe energy sources now available locally? 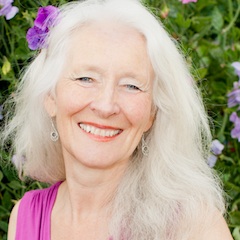 Choosing an energy system that supports life on earth