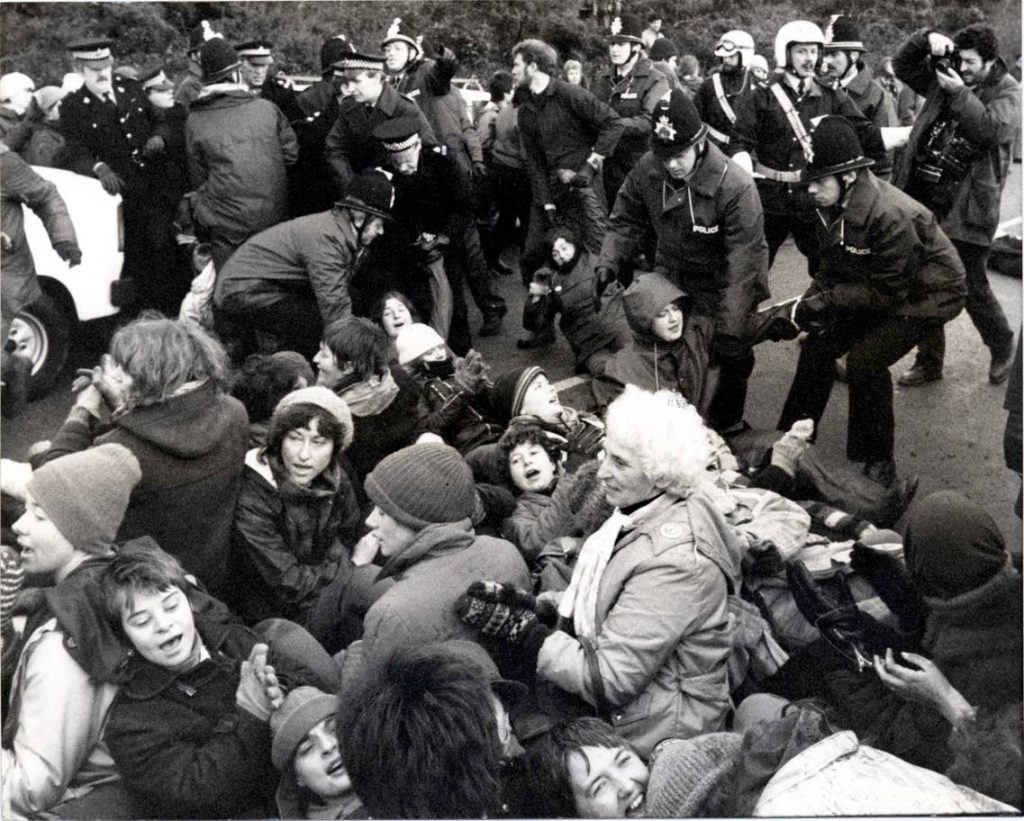 Extinction Rebellion is in everyone’s awareness but many of our younger population will not remember Greenham Common Peace Camp.

They are both steps along the way of a very long line of activism to heal our collective trauma.

Global Social Witnessing of the many traumatic events around the world and waking up to take action, to say ‘no’ this cannot go on, is important in our healing of this trauma.  We need to move out of our dissociation and experience ourselves as being powerful and able to contribute to the changes that are essential for us to thrive as a unified world community.

An exhibition is being created of Greenham Common, to remind people of what happened.  But there is a lot more to the story that perhaps never got written about.  Here is a little of my involvement in this movement aimed at transforming our consciousness and healing the planet.

Greenham Common was one of the many peace camps that were set up in the early 1980’s to protest outside of military bases across Britain and even parts of Europe. I myself was a member of Molesworth Peace Camp. We also organized a 3 month peace walk called ‘The Walk for Life’ from the peace camp at Faslane in Scotland to Greenham Common. The journey was over 1,000 miles long and was a wonderful uniting experience amongst the participants who joined from across Europe. We linked all the different bases along the way, protesting and occupying those other military bases. This then led with us linking with The Eritrean Relief Association and the Eritrean Liberation front where we took a ship load of donated food from CND members, after our attempt to grow wheat on the Molesworth base, was destroyed by the military police. This campaign was called ‘Wheat to the Starving’. The intention was to highlight the links between militarization and famine. I went to monitor the distribution of this food, in worn torn Eritrea, in the Horn of Africa. There was also a horrific famine there that broke my heart to witness.

In all this work we were bringing to public awareness these very important issues where sovereignty was being lost and people disempowered by the military industrial complex for the motives of making money. In particular we were highlighting the occupation of the uk by US military forces on the very many USA military/nuclear bases across Britain.

Extinction Rebellion is yet another blossoming, showing peoples determination to transform the evil and unconscious exploitation of our planet for financial motives with little consideration of the dire consequences that we all face. Back then as now, we are wanting people to wake up to what is happening. The newest understanding in this is the role of collective trauma which causes so many of to be dissociated and disconnected and therefore impotent to challenging what is going on. It was on the ‘Walk for Life’ which I had helped to organize, that I made the decision that there was a real deep need to offer healing work alongside the frontline activism, which then brought me to Glastonbury and caused me to set up my trauma healing and trauma skills training here. We all need to heal in order to bring more power into our activism. I would like to thank each person who has contributed and sometimes even given their lives in this struggle for the evolution of human consciousness.

It is time to change the narrative. There is no lack of resource. We do not need to fight and conquer anyone, only our own inner demons. This planet is a paradise, providing an abundance for us all to live comfortably in peace and unity as one human family. 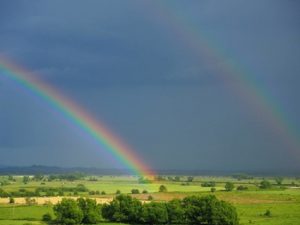